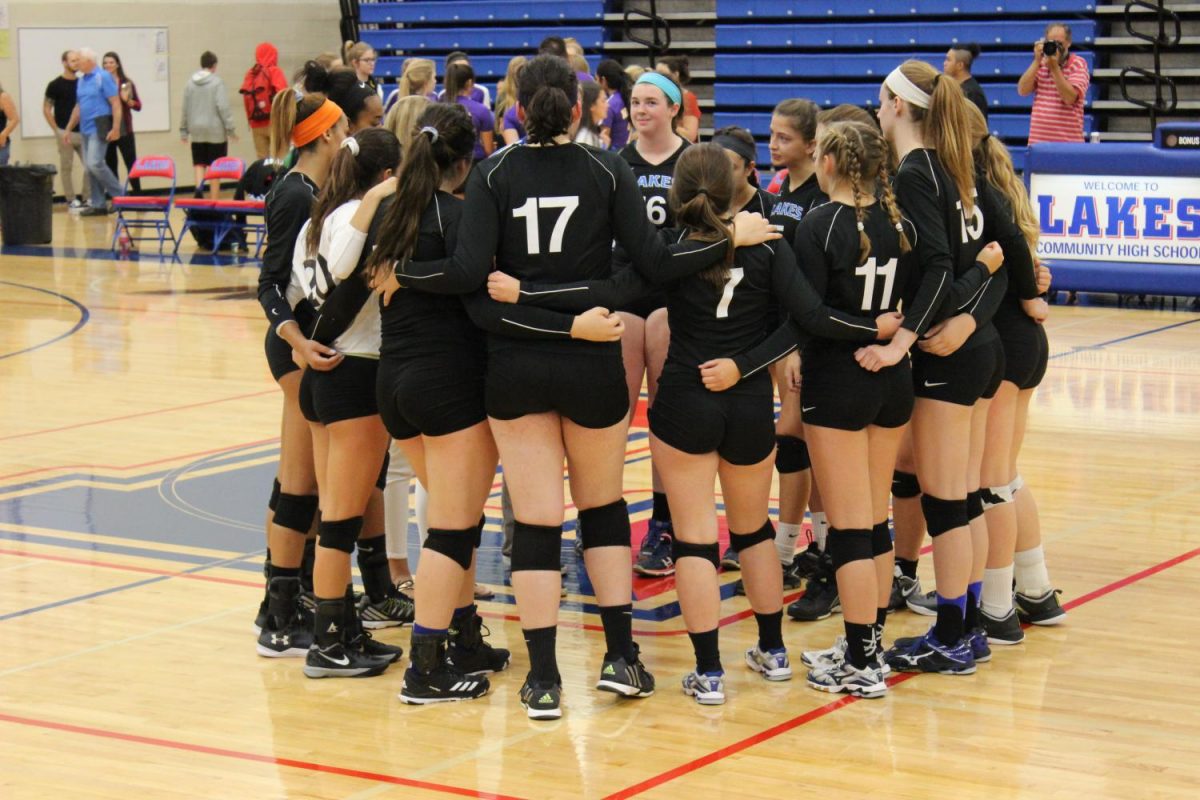 Girls volleyball after win against Wauconda.

Girl’s volleyball is off to an impressive start as they begin their season undefeated and they show no signs of slowing down. With a strong team consisting of highly competitive girls that thrive on pressure it is no surprise that the team remains undefeated. The team takes it one point at a time, remaining humble and respectful throughout the whole process.

Each girl shares the common goal of competing in and winning the IHSA tournament. Years of hard work drive the girls to achieve their goals through perseverance and diligence.

Head coaches of Lakes Community High School’s Girls Varsity Volleyball team, Jennifer Floren and Tyler Boyce state that “it is imperative that the team can work together on the court no matter what the lineup is and be able to trust the coaches decisions as well as trusting their teammates to achieve the common goal.”

The team has a history of being highly competitive with an impressive record of 25-11 at the end of last year and they only plan on improving.

To prepare for a successful season Floren states that during practices they focus on three things ¨situational feedback on [their] decision making, trust and relationships, and blocking.¨

Floren states that ¨this is what sets us apart from other teams as they do not prioritize a… great offense.¨

The volleyball team has already defeated some highly competitive teams such as Libertyville, Warren and Stevenson. Home conference games begin on October 14 against Wauconda.