Corruption and Kherson: The War in Ukraine 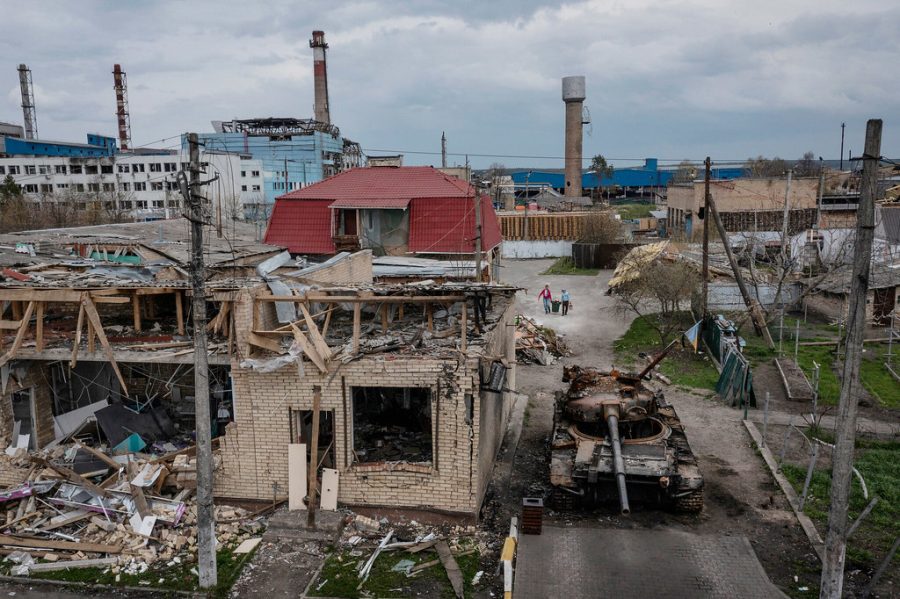 The first mainland war in Europe since 1945 has erupted in Ukraine, rocking both Russia and Ukraine to their core. Since February of this year, the invasion has displaced several hundred thousand people and millions have been mobilized to defend their homeland. While the horrors of war have been ever present, the people in the United States are largely unaware. When interviewed, the large majority of Lakes students said that they were aware of the war, but hadn’t really thought about it. Krish Patel, a junior at Lakes, stated that “[the war] has been largely overshadowed by more important events.” This may be due to the tendency of our generation to stick broadly to social media or word of mouth for our news. When asked, 77% of interviewees got their news from either of the two above sources. This may be a problem due to the fact that the internet news cycle tends to forget about events less than two weeks after they happen.

While the internet may have been forgotten, the Ukrainians have certainly not. The war rages on in the southeastern portion of the country, with the Territorial Defense Force having driven back the Russians from the northern capital city of Kyiv. With Russian forces unable to effectively fight on the move, they have resorted to Red Army tactics from 75 years ago. The frontlines have been littered with rockets and bombs, mostly unguided, hoping to bombard the opposing force into submission. Just like its ineffective communist government in 1941, corruption in the Russian army has rocked it to its core, with many defense contracts not delivering on expectations. Thereby, shattering the expectations of the indomitable Russian military. With the bulk of its special forces wasted in a doomed attack on Hostomol airport early in the war,  they  must now rely on average conscripts to push forward into the “liberation” of ethnic Russians. While Private Conscriptovich fights a war he has no desire to be in, the arms sectors lag behind in production, unable to keep up with the rate at which bombs are being dropped. Even some fighter pilots are resorting to using Google Maps in order to fulfill fire orders. To understand why these desperate measures are in place, we have to look at the neo-soviet order Putin has established. After the dissolution of the Communist state in 1991, Russians had a peak of democracy with the election of Boris Yeltsin. When the drunkard’s term came to an end via resignation, he may have chosen the worst possible successor, barring Stalin himself. Putin, the former KGB agent, quickly put his cronies into power and put “yes” men in office who would pocket money meant for arms programs. With all of these leaders being loyal to Putin, due to fear and illegal monetary compensation, he was hidden away from the truth of his military and its capability. By the time the metal of the Army was tested it was too late to go back. Russia is the 21st century sick man of Europe, just like the dying Ottoman Empire post World War One. Due to endemic corruption and authoritarian rule, it is only when and  not if, Russia will collapse under the weight of its heavy bureaucracy.