The Pawdemic: How Zoo Animals are Being Kept Safe 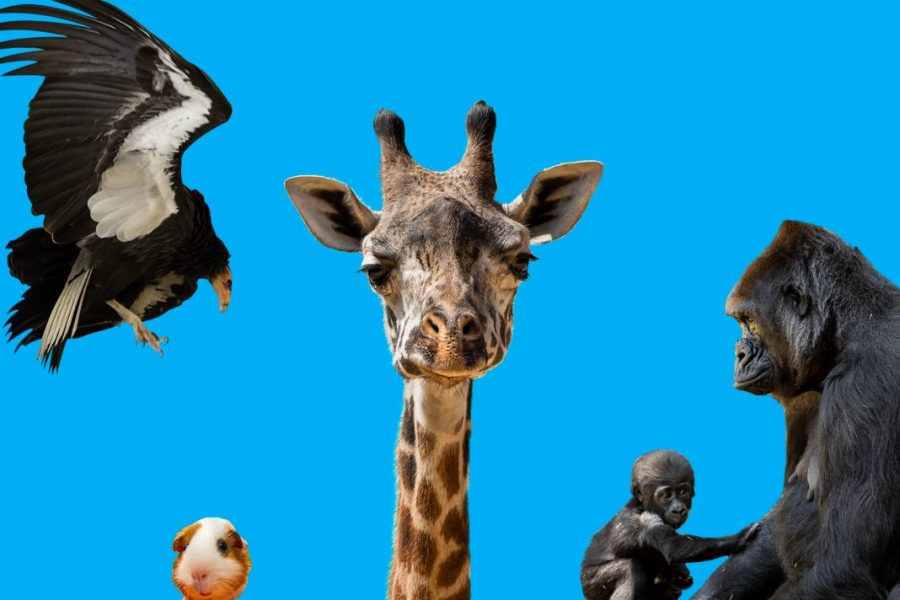 The pandemic has brought hardship on employment, families, and just about everything else.  But, humans aren’t the only ones we need to worry about. As a result of the close-to-nature views we enjoy at the zoo, the animals living there are at risk for Covid-19 and several have been infected. Working to prevent disaster, zoo animals are starting to receive Covid vaccinations.

National Geographic has been following the trend to vaccinate zoo animals since the first ones were given out to apes in the San Diego Zoo. Not long after, Zoetis, the company responsible for providing the vaccines, began getting orders for 11,000 vaccines to be spread between 80 zoos located in 27 different states, National Geographic wrote. Part of the reasoning that these animals are at risk is because “this virus originated in animals and spread to people, and we know it can be spread back to animals,” said Nadine Lamberski to National Geographic.

The vaccine for animals “uses synthetic spike proteins to trigger the same antibodies the live virus would,” National Geographic reports, so it will likely be very effective in stopping any spread from humans to the animals and then between the zoo animals from there. Getting approval from the USDA and state veterinarian requires some time, but all in all the process is working well to provide the animals with protection from the virus. Most of the doses go towards big cats and primates because the little data that is available to veterinarians suggests that these animals are the most at risk and therefore should receive the vaccine first.

Similar to the rollout of the vaccine to humans, anti-vaxxers had things to voice when it was released that zoo animals were receiving vaccines. The Oakland Zoo announced their plans to vaccinate their animals only to be met with hundreds of comments, emails, phone calls, and posts about the absurdity of the act and the opinion that they would be killing or poisoning the animals, vice president of marketing and communications Erin Harrison conveyed. She also told National Geographic that “half of them said we’re going to report you to PETA” as they were using the legal definition of the vaccine as experimental to claim that the Oakland zoo was experimenting on animals.

So far, between the San Diego Zoo and San Diego Zoo Safari Park, 266 animals have received at least one dose of the vaccine and have shown no side effects, wrote National Geographic. This may raise the question for some readers, why don’t I vaccinate my pet? If animals are able to catch the virus, shouldn’t our local veterinarians also be distributing the vaccine?

While it’s possible that dogs and cats could contract the virus, the WSAVA- World Small Animal Veterinary Association and the Centers for Disease Control and Prevention do not recommend vaccinating pets as of now because they are missing evidence of transmission to humans which was clearly evident at the zoos. Also, the demand would be pretty large and just not realistic to execute when household pets have a low chance of infection. Furthermore, the chance of infection can be made even smaller if their people do not get infected, Michael Lapin (chairperson of WSAVA’s One Health Committee) stated.

It’s important to remember all the impacts this pandemic has had on everyone and that we continue to work hard to make sure everyone has health and is receiving the care they need so they can be protected.