Updates on Some of This Year’s Major Headlines 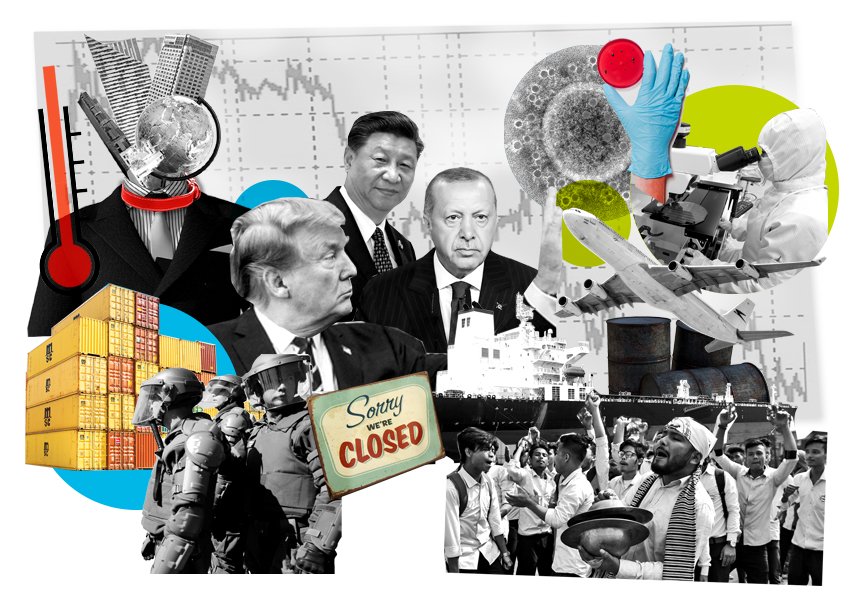 2020 has taken an emotional, physical, and mental toll on people across the globe. From January to December, this year has not failed to surprise us with another unexpected twist. However, so much has happened this year that many stories have been left open-ended, especially major headlines from the beginning of the year.

One of the first problems that 2020 brought to the table was the Australian wildfires. Declared as ‘one of the worst wildfires in history’ by NBC, nearly 40 million acres were lost, and 25 people were killed. After some investigation, it was revealed that the fires started as a result of dry spout and dry lightning. While the fires were able to be controlled in early March, the last fire was extinguished in May.

The death of basketball legend Kobe Bryant left fans in surprise and sadness. On January 26, was riding in a helicopter with his daughter Gianna and a few other passengers on their way to a basketball tournament, when suddenly the helicopter crashed. Even though he retired from the NBA in 2016, he continued to mentor younger players on the game, and inspired millions to follow and pursue their own dreams. Following his death, fans are still keeping the ‘Mamba Mentality’ alive by playing the game and putting passion into everything they do- as Kobe once encouraged. The Lakers have also retired both of his numbers, 8 and 24, as a sign of respect for the legend.

From the world of sports to the world of politics, the impeachment trial of President Trump began on December 18, 2019, for abuse of power and obstruction of Congress. The House of Representatives voted 229 to 198, making him the third president sent to the Senate for impeachment. While in the Senate, the major decision was between letting him continue his campaign for the 2020 election or remove him from office. The decision was finally made, ending the trials on February 5, declaring that he would remain in office with more supervision, and his election campaign could continue. Even though the case is over, some reporters suggest that the impeachment made an impact on the election in November, which is still an on-going event. For the full story and court case, click here for the New York Times Story.

By far the worst thing 2020 threw at us was the COVID-19 pandemic. Originally from Wuhan, China, the first coronavirus case was confirmed on January 21. No action was truly taken at this time, however, as cases began to climb, more concern was raised. By March 13, the government issued a stay-at-home order, closing down businesses and pushing schools to online learning. A second wave of the virus hit the United States in July, and more cases surged through the fall as schools and businesses began to reopen. By December 1, there were nearly 13, 600, 000 cases confirmed, and 270,000 deaths. Since the beginning of the pandemic, there has been a global race to find the vaccine to help stop the spread of the virus. On November 9, Pfizer announced that their vaccine was showing strong possibilities, and was later given emergency approval by the FDA in the first week of December. As of now, the vaccine has been given to the first medical worker in New York, and is being shipped into states, with reservations being made. Even though it will take months for every citizen to receive the vaccine, the race to end is coming soon.

Due to the COVID-19 pandemic, the economy took a major hit in February of this year and ended in late April, as businesses started to reopen. According to the New York Times, that was the fastest decline that the economy has seen since the Wall Street Crash in 1929. Although the major crash was resolved, many have feared another crash may occur due to the election and transition to a new president, while others have more positive looks (especially in the stock market) with the vaccine.

Outside of the United States, Prince Harry and Meghan Markle announced on March 31 that they were to leave the royal family and live between the United Kingdom and North America. By taking this step down from the royal family, they gave up all the rights and privileges that the monarchy is eligible for a more “simple” lifestyle.  However, this news gave the couple more publicity than before; most recently, they have signed a contract with Spotify to create podcasts. About a month after Harry and Megan announced their move, Kim Jong Un’s disappearance led the media to believe that he died after a failed heart surgery. He did reappear in the beginning of May, settling citizens of North Korea by stating he simply took a few days off.

One of the most important events that happened this year was the social unrest that began in May, following the tragic deaths of George Floyd, Breonna Taylor, and Ahmaud Arbery. On May 8, the first riot occurred- since then, nearly 1-2 billion dollars of damages were created and over 14,000 were arrested, as stated by Fox News. Many feared the worst of the riots would occur with election day, however, was proven to be false. While the unrest is still going, many have chosen different methods of protest and different platforms that still make their voices heard, but in a more peaceful way.

Towards the end of July, celebrities such as former President Barack Obama, Elon Musk, Kanye West, Bill Gates, and many others were hacked on Twitter, with the caption that if you sent them Bitcoin, they would send back double of what you sent. No one could figure out how a hacker could have gotten into the accounts, whose account would be next, or what the hack was capable of. After a few days of investigation, officials found Florida teenager, Graham Ivan Clark, guilty of the hacking, as well as two others. Since then, Twitter has updated the safety features for users to ensure the likelihood of other major hacking to occur.

While many other events occurred this year, hopefully this gets you caught up on everything that happened towards the beginning of the year!