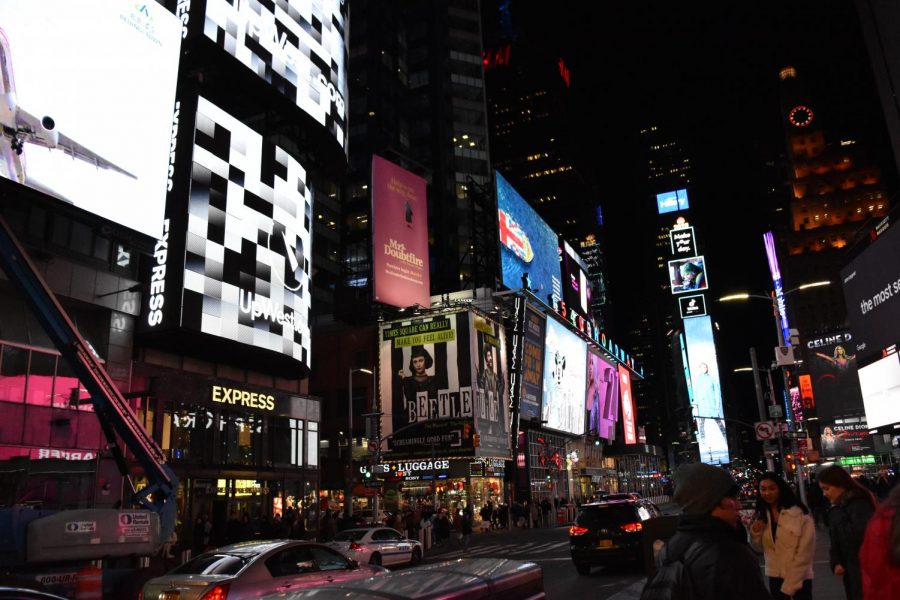 It all started with an early awakening and arrival at Lakes by 3:20am. By 3:30am all the buses were loaded and we were off to the airport. After a quick flight, we arrived in New Jersey. Everyone suddenly found a hatred for the short bus ride through the ugliest part of the state, even starting an inside joke that went on throughout the whole trip. Soon enough, we made it to New York with tons of time to spend that day. The first stop following the lunch break was the 9/11 museum. The experience was very emotional, as everything seen during our visit was extremely moving and revolutionary to our nation today. There was real structure left from the World Trade Center along with many artifacts from rescuers and citizens in the towers that day. Definitely an unforgettable moment for the students on the trip.

One of the favorite sights during our whole time in NYC was Top of the Rock. All the way up at the top of the Rockefeller Center was an observation deck. The weather was extremely cold and the wind was almost unbearable, but the skyline of the city made it all worthwhile. The stronger of the students stayed on the higher deck for most of the time, but experienced the worst wind and best views. The weaker opted for a partially indoor/outdoor viewing. 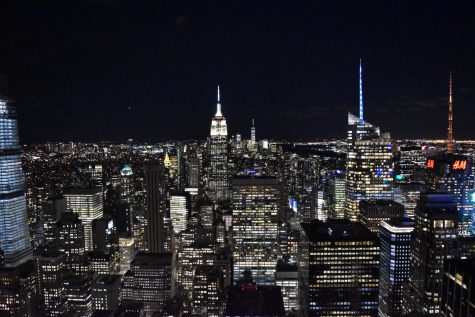 The second day was jam packed with activities. One of the most iconic things in New York is the Statue of Liberty. We were lucky enough to get pretty close with a boat ride that went right past it. It was truly astonishing. Stopping at the Chelsea Market for lunch, we were able to explore some of lower manhattan, and also saw Greenwich during our bus tour. 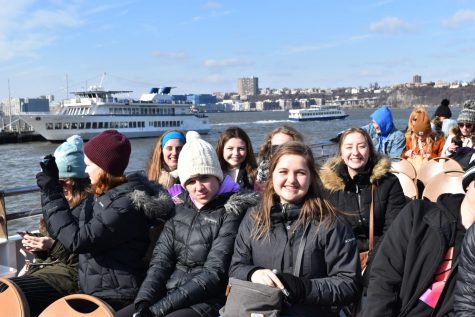 For some, they chose to go to the Adventure Project, and for the rest, they went to the Brooklyn Bridge for a short stroll and some pictures. Shortly after we saw Times Square, and I have to say it was nothing short of impressive. Huge screens lined the building, and tons of brand named stores were open to the tourists. Given an hour of free time, students were able to see the parts of Times Square they wanted to with a buddy, and maybe even buy some souvenirs. 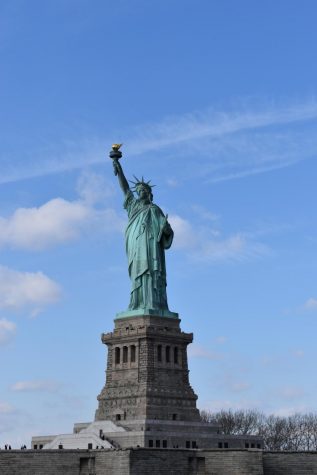 Later that day, we all went and watched the Broadway Show Mean Girls. It got everyone laughing, due to it’s very comedic plot. Personally, the show felt flawless, and it was definitely an experience I never thought I’d get. 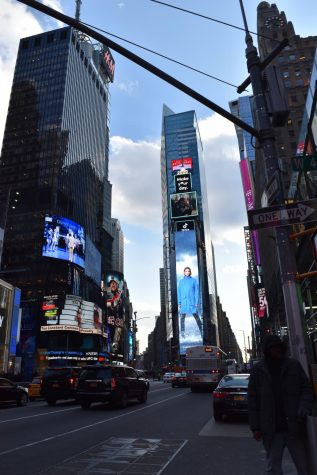 Sadly, our last day had come. We took a tour through the NBC Studios, and saw the sets for many news channels, and even the set of The Tonight Show: Starring Jimmy Fallon. Afterwards, we took another bus tour, and made a stop at Grand Central Station and got lunch wherever sounded good. The station itself was gorgeous, and we even learned why the mural on the ceiling was painted backwards, along with some other significant things about the architecture.

Later on, we took the bus to Central Park where we walked around for a little bit and were given some time to explore on our own. We got to witness a proposal, as well as really talented street performers singing under a bridge. It felt like a very surreal experience because as the proposal happened, one of the students went and played with giant bubbles in the background. He thought the huge crowd was applauding him as he stood right in behind of the whole thing.

At this point everyone was enduring exhaustion at the highest level, but were still filled with sadness as the trip was coming to an end. Hopping on the plane around 6pm, we arrived back at the school close to 9pm.

I’m so thankful I chose to go on this trip as I saw so many things I never thought I’d get the opportunity to see. At the same time, I also talked to a bunch of classmates I rarely got the chance to see in school. Definitely an experience I and many others will never forget. I didn’t think I’d miss New York, but I sure miss my time there.