The Environmental Impact of the Coronavirus 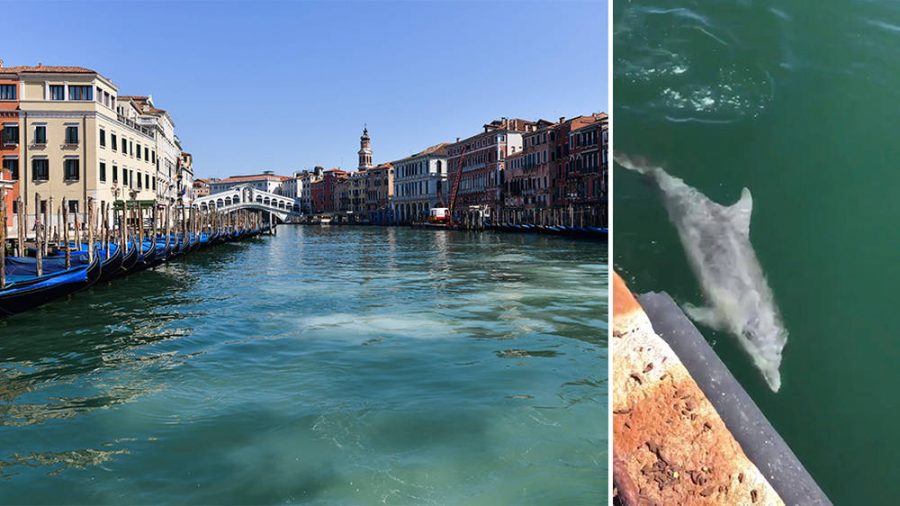 Over the past few decades, the amount of pollution has only increased. Only a few months ago, citizens worldwide engaged in massive debates about how we can save the environment. Some said electric cars, whereas others proposed taxes on plastic or the switch to reusable straws. However, with the global spread of the coronavirus (COVID-19) and people beginning to limit interaction, can an earthly change no one was expecting.

In Italy, the water in their canals has turned crystal clear since fewer boats have crowded the waters. Fish can be seen swimming as well as swans and other wildlife. Dolphins have even begun to swim up and down the streams – a sight some have claimed has not occurred for nearly 60 years. In China, the amount of carbon monoxide created by factories and traffic has nearly decreased by 50% within the past year. The same trend in beginning to show in New York as well – within the past week, the amount of C02 has decreased by 5-10%. Some theorize that since the quarantine periods have begun and the environment has shown major improvements in air quality, that the virus will decrease rapidly, much like it did in China (considering that COVID-19 is a respiratory virus). However, there is no research to back-up this theory.

Even though we may be in quarantine, the earth has “hit the reset button”. For the first time in decades, we are seeing major environmental improvements researchers could not even begin to imagine.