The Coed Cheerleading Team Takes on the 2020 State Championship 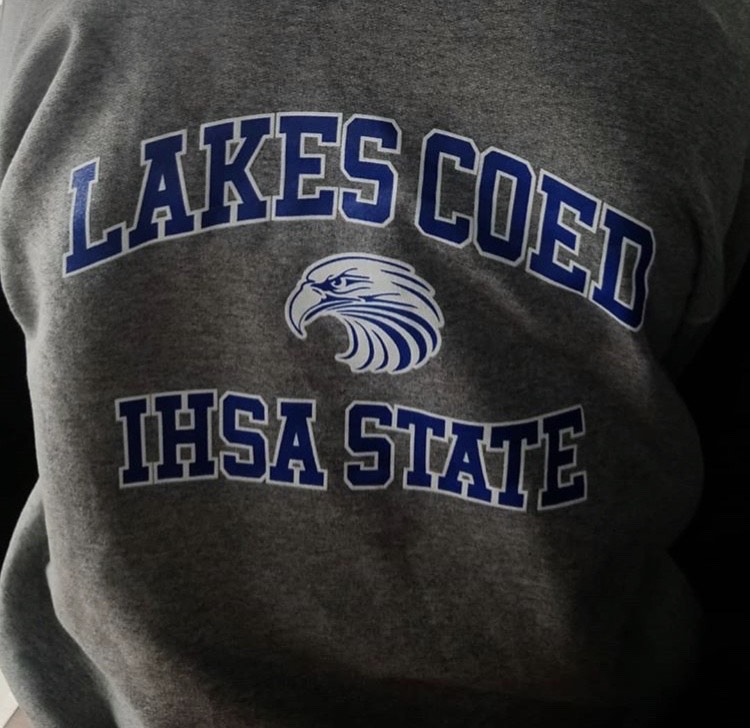 As a result of their incredibly successful season, on February 1, our very own Coed Cheerleading Team qualified for the IHSA Cheerleading State Championship by placing second in their sectional. Just five days later, the team gathered onto a coach bus after preparing their state routine and feasting on an Italian team dinner. Following a three hour bus ride full of chatter, the athletes arrived in Bloomington, Illinois, where they would be showing off their hard work.

Every year, the preliminary round starts on Friday morning and goes through the evening. The coed division starts later in the afternoon, so this gave the athletes time to prepare and get ready for their shining moment. The day started off right with pancakes and sausage at the hotel made by a few of the supporting parents. The team then took a quick trip to the arena to cheer on our sister school, Antioch. The Antioch cheerleaders put on quite a show and inspired them to push themselves at their pre-performance practice. Back at the hotel, uniforms were on, hair was being sewn in, and makeup was applied. At approximately 4:00pm, the cheerleaders and coaches got back on the bus and headed to the arena to compete against the best teams in the state.

Unfortunately, a few mistakes took place on the mat that cost the team their ticket to the finals. The bond between these athletes was too tough to break, even at the toughest of times, they stuck together and made the best of it. After placing top five at every competition this season, they earned the reward of a weekend full of memories.