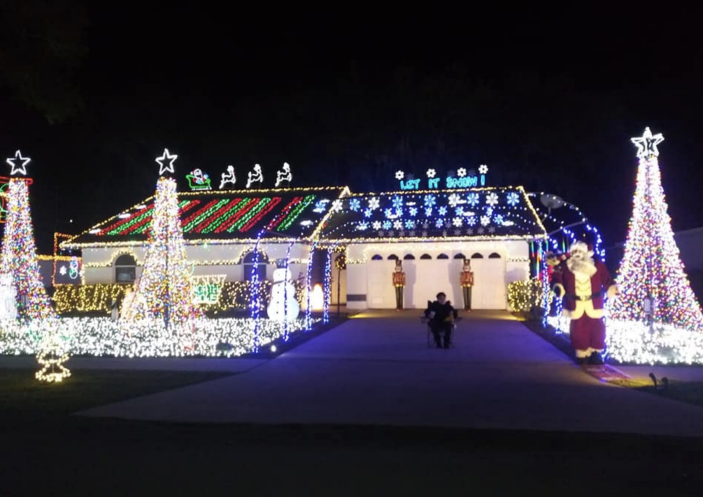 In Mulberry, FL, the mom of a 13-year-old autistic girl believes that her neighbor’s bright Christmas display prompted the girl to speak unprompted for the first time. According to Yahoo Lifestyle, the mom has taken her daughter Kaitlyn to see the decorated house since she was three years old, which is the same year that she was diagnosed with autism spectrum disorder. Over the past 10 years, the several thousand flashing lights set to music and giant Santa have always excited Kaitlyn, making her dance and smile. But her mom said that this year she did more than dance and smile. This year she spoke unprompted for the first time in her life. She pointed out her favorite scenes at the home she calls “the house of lights and music.”

Her mom explained that Kaitlyn can verbally communicate but she cannot hold a conversation and speaks only when prompted – except for when she saw the house this year. Normally she only repeats information so it was a big deal when she spoke without being told what to say and called out the blue lights, snowmen and Santa decorations. She also started signing along to the music that was playing.

Routine is important to Kaitlyn, and her holiday routine includes “the house of lights and music.” Her mom said that once it gets dark, Kaitlyn goes to watch the show while dancing and singing along to her favorite songs on the playlist. After a few loops, she takes Kaitlyn home until the next evening.

Many people with autism are sensitive to loud noises and bright, blinking lights so Kaitlyn’s response is atypical. Since she does not have this sensory issue, her mom is considering putting her in voice and singing lessons because she thinks this could be her breakthrough to become vocal.