The One Where the World Celebrates

On September 22, 2019, the hit television show, Friends, celebrated its 25th anniversary. Fans across the globe celebrated the show that has been there for us since the original airing in 1994.

Networks, such as TBS and NBC, played the show throughout the day and are still incorporating it into their daily programing in October. Major brands, including LEGO and Tervis, have made exclusive merchandise to celebrate the milestone anniversary. A collection of the most popular episodes are also being played in theatres across the United States. Artists, such as Meghan Trainor and the Rembrandts, have also gotten involved by remade remaking the show’s theme song.

The iconic Central Perk couch is currently on tour across the globe, giving fans the feeling that they, too, are part of the iconic group.

The cast also partook in the anniversary event by posting the same picture on their social media with the caption “Celebrating a Thursday night 25 years ago. Thank you to all of our loyal fans across the world. You’ve certainly been there for us!” 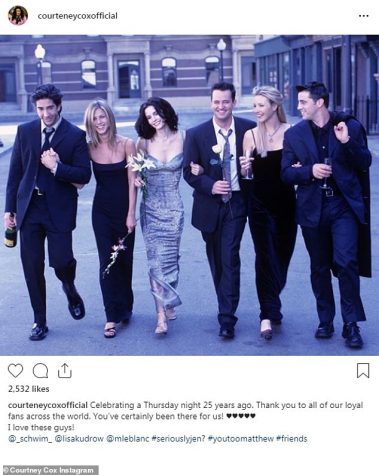 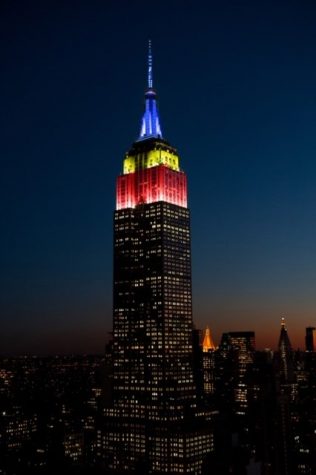 The Empire State Building in New York City and the Bugi Khalifa tower in Dubai flashed red, blue, and yellow to represent the show’s logo.